The armed forces of the United States, Britain and France released on Syria more than 100 cruise missiles and rockets of class “air-ground”. This was stated in the Russian defense Ministry. 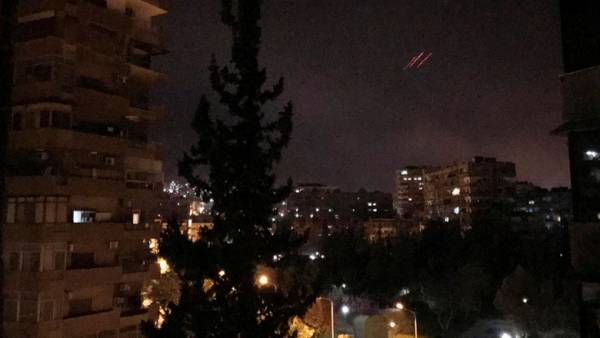 The defense Ministry added that a significant part of the rockets were shot down on approach to the targets. At the same time to repel the attack was used by the Syrian air defense systems s-125, s-200, Buk and “Square”, produced in the Soviet Union.

The defense Ministry claims that strikes on two U.S. Navy ships from the red sea, tactical aircraft over the Mediterranean sea, as well as American strategic bombers B-1B from the area of al-TANF.

According to open sources, the cost of a “Tomahawk” is about $ 1.5 million.

Earlier it was reported that the RAID was subjected to both military and civilian targets.

On 14 April President of the United States Donald trump gave the order to scatter bombing of Syria in response to the application of the “monster” of chemical weapons in the suburbs of Damascus. The RAID lasted about 50 minutes.