The situation in Syria is not similar to the Cuban missile crisis, said Khrushchev’s son

RIGA, 14 Jul — RIA Novosti. The son of the first Secretary of the CPSU Central Committee Nikita Khrushchev Sergei believes that the situation in Syria should not be compared with the Caribbean crisis of 1962. 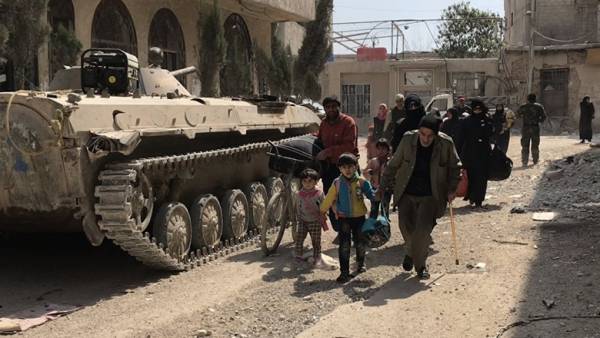 “Now is not the situation that was during the Cuban missile crisis. At the time the crisis occurred between the two great powers,” said Khrushchev, in an interview to the Latvian radio Baltkom.

According to him, today the US is trying to punish Russia, but it may do harm to themselves.

“Now the Americans, having vast resources, it is unable to punish Russia. However, I do not believe that it is in the interests of America. Russia is the connecting link between West and East and the emerging superpower China. Russia is advantageous to have allies. Because of the primitiveness of its diplomacy America doesn’t get it. Now the Americans are pushing Russia toward China,” said Khrushchev.

The son of former Soviet leader believes that the US will hit Syria, but this impact will be limited. “I am sure that the Americans, of course, hit bases Syria, but they will not go further, because they are afraid of a serious war,” said Khrushchev.