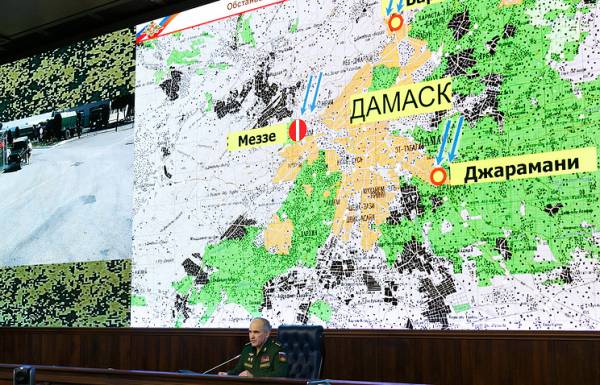 MOSCOW, April 14. /TASS/. The air defence system of Syria are equipped with anti-aircraft missile systems (SAM), the Soviet and Russian production, were able to intercept a large part of the marine cruise missiles (slcm) and airborne (krwb) applied forces of the United States, Britain and France on the night of 14 April 2018. This was announced at a briefing the chief of the Main operations Directorate of the General staff of the RF armed forces, Colonel-General Sergey rudskoy. The text of his speech published by the Department of information and mass communications of the Russian defense Ministry.