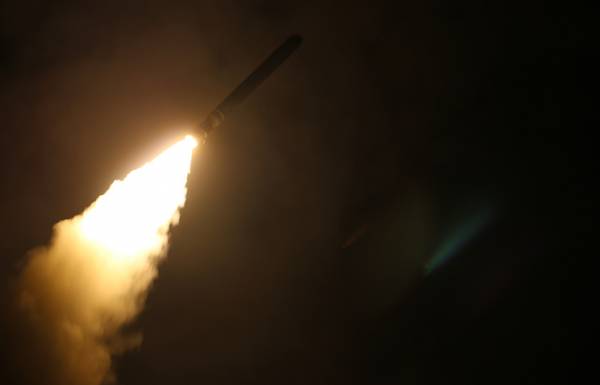 US missiles during a night attack Syria

MOSCOW, April 14. /TASS/. A massive missile attack on Syria caused early on Saturday morning, the United States, Britain and France, or the “triple aggression” as it is called in Damascus, has divided the international community. While Russia and Iran stand with tough criticism of the allies, undertaken without the sanction of the Security Council (SC) of the UN and in Washington, London and Paris are the claims about the legitimacy of the operation, a number of countries, including China, to gently urge all parties to return to the mainstream of international law. At the same time, Germany, an ally of the United States, supported military action, but to participate refused.

An emergency meeting of the UN security Council

Russia, as already announced, President Vladimir Putin convened an emergency meeting of the UN Security Council. “Without the authorization of the Security Council of the United Nations, in violation of the UN Charter, norms and principles of international law, an act of aggression against a sovereign state, which is at the forefront of the fight against terrorism” – gave the press service of the Kremlin his words.