“Life passes by”. Why Russians are fleeing from social networks

MOSCOW, 13 APR — RIA Novosti, Igor Karmazin. Information hermits, “the sect of the “Nokia 3310” — so call themselves supporters of the rejection of the social networks and the Internet. 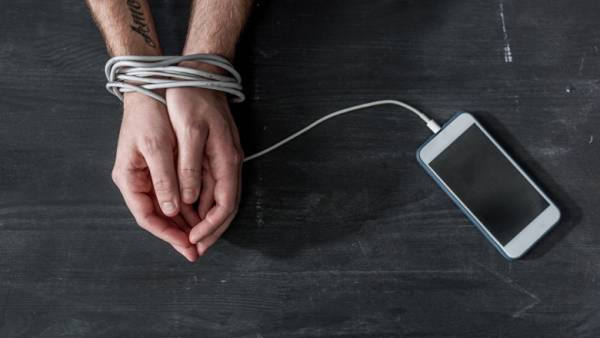 Sociologists say that these people are becoming more rapid computerization of society has led to the opposite effect. RIA Novosti found out, whether there is life beyond social networks and messengers.

Lightness in the head

Student Alena Permyakova teaches Chinese language and provocatively plays the ukulele. Once she caught herself on the fact that scrolling through the feeds of various social networks takes away from it a few hours a day.

At first did not attach any importance to this, but then I thought that living other people’s lives — read their thoughts, see photos. My own life as if faded and faded into the background.

“I decided to test my willpower. In everyday life I use my phone and tablet. Removed apps “Vkontakte”, Facebook, Instagram, Twitter. I was warned about the experiment friends and went everywhere. Decided that I will only use SMS, calls and Telegram, because not all people love texting,” she says.

According to her, to hold no social networks, she wanted at least a month. “The first time often had a funny situation: reach for the phone, poked him and only then I remembered about the promise itself,” she says. Friends her decision was not very happy. “With me they had nothing to discuss. I didn’t know what was going on in the world, do not read General chat. “And you saw something you wrote? And you saw there a picture put up?” “No, not seen.” It infuriated them, my behavior seemed strange to them. On the other hand, I had much more free time. I read more books, focused on school,” says the student, adding that the experiment she had done, but to control yourself on the Internet it is now easier.

Sociologists say: the idea of “information vacation” is becoming more popular among Russians.

According to the poll, 45 percent of Internet users over the past year have deliberately disabled Network access for a day or more, while the majority — 83 per cent — did not feel slighted, and seven percent even felt joy and relaxation. Most Internet users (77 percent) recognize the need for periodic rest from the Network, nearly half (47 percent), choosing a vacation spot, would prefer the area without Internet access.

Caution: an “extended” version of WhatsApp proved to be a dangerous virus

Practice leader of information policy and communication technologies VTSIOM Kirill Rodin told RIA Novosti that the Internet audience continues to grow, but not as fast as in the beginning: “In the turbulent social tide of the masses in the new communication space should expect a period of fatigue, some decline in offline. This trend can be a lot of manifestations, ranging from a request for montanalestes information flow to a complete seclusion — all this we have yet to see”.

Experts say that digital detox information diet — a modern man no less than physical activity and healthy eating. Active users of social networks to focus fill short-term memory, but long-term cycles less. That is why the information quickly disappears. Need to memorize information to be repeated, and this is not happening. The French philosopher guy Debord long before the advent of modern means of communication called a state of consciousness of the “eternal present”. In his opinion, it is characterized by “an endless series of spectacular images, attractive images that fall upon man.” It seems that now he could enjoy the accuracy of its forecast.

I didn’t have the strength to see what someone more interesting and smarter than me, living a more colorful life.Lisa Pankratova

“Plus, it seemed to me that I have no friends and my stay in social networks for anyone not to be interesting,” — says Muscovite Lisa Pankratova.

She not only removed their pages in social networks, but six months turned my phone off. “If I had to call somewhere or write to someone your number, I used the cell phone of parents. So only communicated with the outside world,” says Pankratov. Free time she spent on reading books, watching movies and learning English.

“Probably in the last six months I read as many books as not read in my entire life. While my schedule has not changed at all: I was stuck in “Vkontakte” up to two nights, so I have now read up to two nights. In communicating with friends feel some grandmother did not understand their jokes, they showed me pictures, and I was not amused. I began to feel that life is passing me by, and I returned to the Internet. But there is not change anything at all, although new memes were funny,” says Lisa.

Housewife of Perm Irina Kuznetsova has been actively using social networks during pregnancy. “I explained that events in life I have little, I’m not the same husband I tell every day is the same. Actually it was just an excuse. I was playing a network game, not sitting on Dating sites, no arguing on the forums and chatting in chat rooms, participated in online auctions. I’ve read the news by going to one website, going to the other suddenly finds itself on the third… Often caught myself on the fact that I can’t remember why it ended up on this resource,” she explains.

It is recognized that in a sense it led only to escape from the pot soup, the weeping daughter, or the mother, who persistently called on the telephone.

According to her, to give up the Internet helped the case: during lunch she spilled on the laptop jelly. “I decided that this is the finish line — even to eat can not do without the Network. The struggle itself I started limiting the time that spent on the Internet, but nothing happened — I was constantly violated constraints. Then I decided to abandon social media completely,” — says Kuznetsov.

As a result, the inhabitant of Perm has become a lot to read, walk, play in the gym, to devote more time to child: “I was able to redo the things that waited in the wings for years — was dismantled in the archives and printed photos, threw out all the junk from the cabinets. I engaged in creativity, I began to knit a garment. My soul felt alive after confinement in prison.”

Psychologists believe that Internet addiction suffer six to eight percent of Russians. The symptoms are similar to those that doctors diagnose people with other dependencies. First and foremost, it’s withdrawal syndrome: a person dramatically bad mood, negative emotions arise, pursue it a panic attack when the denial of access to the Internet. In addition, to obtain the expected emotional effect needed on the Internet, more time.

Dependent people often deny the existence of the problem.

About the same alcoholics refuse to consider myself dependent on alcohol. “The fourth symptom is a compulsion. It is thrust that man cannot overcome. It is felt both on a physical and on a psychological level,” explains associate Professor of psychology and pedagogy of distance learning of the Moscow state University of psychology and education Victoria Bartsalkina.

In her opinion, the dependence does not occur in a vacuum. It also affects those who do not have enough emotions, impressions in real life. There is another interesting observation — not all seek to become free of addiction. Many comfortable that there is a permanent occupation. But wishing to get rid of the overdose of information experts advise to decide what they will do instead of scrolling through news feeds, or how they spend their free time.