100 years ago claimed the life of General Lavr Kornilov

100 years ago, killed General Lavr Kornilov, one of the founders of the White movement. 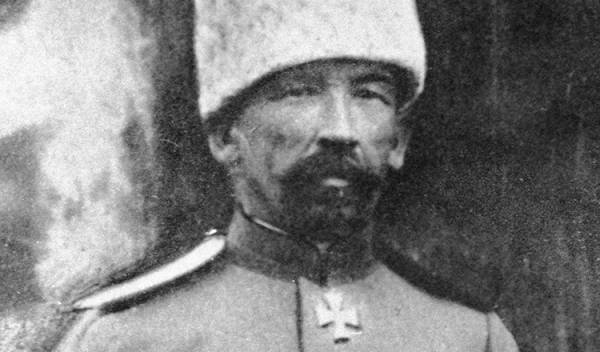 About life, death, and the terrible fate of his remains, says, “Газета.Ru”.

Regarding childhood Kornilov there are several versions. According to the main one, he was born 30 Aug 1870 in Ust-Kamenogorsk, in the family of a local official, a retired cornet.

In 1883, the young Cornelius was enrolled in the Siberian cadet corps, after he studied at the Mikhailovsky artillery school, and then with the medal he graduated from the Nicholas General staff Academy. As it is well studied, then, as a diligent student had great advantages in further distribution service.

Kornilov chose the Turkestan military district. He was a scout on the Asian borders of the Russian Empire. For five years, from 1899 to 1905, traveled to Persia, Afghanistan, China, India. In addition to the required graduate General staff of the German and French languages, Kornilov have mastered English, Farsi, Kazakh, Mongolian, Kalmyk, and Urdu.

For bravery shown in the battles, he was awarded the order of St. George 4-th degree and St. George’s weapon, and received the rank of Colonel.

In addition to the combat services, Kornilov proved himself as a talented geographer and ethnographer. He studied the territory of Turkmenistan, China, Afghanistan.

In 1907-1911 years, Kornilov served as military agent in China. He studied Chinese, traveled, studied the life, history, traditions and customs of the Chinese. Kornilov also paid much attention to the prospects of interaction of Russia and China in the far East. For achievements in the sphere of diplomacy Kornilov to the Motherland was awarded the Order of St. Anne 2 nd degree. He received a number of awards and praising his work of diplomats of Britain, France, Japan and Germany.

Since 1911 Kornilov was in command of the 8th Estland infantry regiment, and then became head of unit in district Zamorska separate corps of border guards, then the brigade commander of the 9th Siberian rifle division.

July 19, 1914, Germany declared war on Russia. Kornilov went to the South-Western front. He was appointed commander of the 48th infantry division, which under his command fought in Galicia (Ivano-Frankivsk, Lviv and most of Ternopil regions of Ukraine) and the Carpathians.

General Anton Denikin, recalled: “Then it is quite clearly defined for me the main features of the Kornilov — commander: the great ability to educate troops: of the second part of the Kazan district he’s in a few weeks made a great fighting division; determination and extreme perseverance in the conduct of most heavy, it seemed, doomed operation; the extraordinary personal courage that terribly impressed the troops and made him very popular among them; finally, a high respect for military ethics in relation to neighboring units and associates, a property against which often sinned and captains, and military units”.

Although strategic decisions Kornilov led in April to the death of almost all the fighters of the division, they are allowed to avoid the defeat of the 3rd army to which the division was included. Kornilov, himself twice wounded in the arm and leg and fell into Austrian captivity, was awarded the Order of St. George 3rd degree.

For the fact that during the hard battles in the Carpathian mountains at the Dukla R. 24 APR. 1915, when they komandiera the division was surrounded on all sides by superior forces of the enemy, bravely fought over the corpses zagrazhdenska the road of the enemy, so that parts of the division to join the troops of his corps.A decree on awarding

From captivity Kornilov managed to escape only after a year. Across Romania, he returned to Russia. In September, 1916, restoring strength, he again left for the front.

In 1917 came the revolution of February. Kornilov was appointed commander of the Petrograd military district, and after a few months became the Supreme commander.