What mark Zuckerberg has admitted to Congress

The head of Facebook spoke at a public hearing in connection with the situation around Cambridge Analytica. 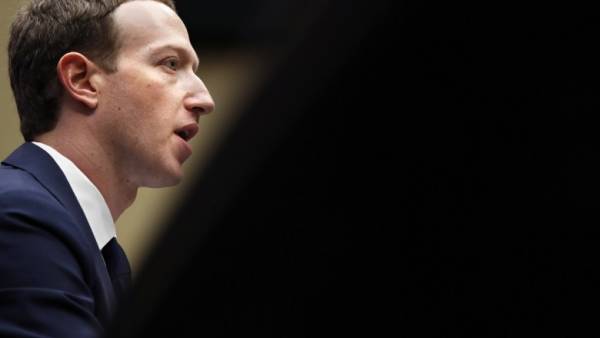 Within two days nearly 100 congressmen and senators of the USA during 10 hours of questioning, the head of Facebook Mark Zuckerberg about the scandal with a major leak of personal data of users of the social network. 33-year-old entrepreneur had to answer questions about Cambridge Analytica, interference in American elections and “espionage” for users of other owned platforms such as WhatsApp and Instagram. TASS chose the most important points from the speech of Zuckerberg.

Zuckerberg began his speech by saying that Facebook has become a tool that allows people to communicate with loved ones and actively participate in public life, thanks to the social network were such campaigns as #MeToo and “March for our lives” were also collected money to rebuild after hurricane Harvey.

“But it is now clear that we have not done enough to prevent the use of this tool and harm — admitted Zuckerberg. — This applies to the fabricated news of the foreign intervention in elections, speeches, hate, application developers, as well as the protection of personal data”.

We spent quite a broad overview of our commitments. And it was a big mistake and it was my fault, and I’m sorry. I created Facebook, I run it, and I’m responsible for what happens.Mark Zuckerberg

Zuckerberg also acknowledged that Facebook staff did not notify the regulatory authority — Federal trade Commission United States — in 2015, when he learned about the receiving of user data by the British firm. “When in Cambridge Analytica told us that they do not use information that they get it removed, we felt that this issue is closed, said Zuckerberg. Now, after all this time, it is clear that it was a mistake. We shouldn’t have to take their word for it”.

The head of Facebook announced that the social network has installed new rules in order “not to repeat this mistake.” Users for which information was made available to Cambridge Analytica will be informed about this.

According to Zuckerberg, his own data also appeared in the hands of “third parties” — who, exactly, he did not elaborate.Any more interference in elections

A number of senators, especially Democrats, asked questions concerning the allegations about Russian intervention in the American elections. Zuckerberg in this regard, said: “with regard to the management of the company, including things I most regret our delay in identification of Russian information operations in 2016”.

The essence of these attacks is that in Russia there are people whose job it is to take advantage of our system and other systems on Internet. So it’s an arms race. They will turn it all the better, and we need to invest in something to have it better.Mark Zuckerberg

In this regard, the head of Facebook said that the social network began to use new tools based on artificial intelligence technology to identify “fake accounts who may be trying to interfere in elections or to disseminate false information.” As a result, according to him, was blocked tens of thousands of accounts before they could “cause serious harm”. Zuckerberg also highlighted the fact that by the end of this year Facebook will have more than 20 thousand experts on “safety and review content.”

Zuckerberg also announced that Facebook has partnered with the office of spectracolor Robert Mueller, in charge of the investigation about attributed to Moscow’s intervention in the American elections. “I know that we are working with them,” said the entrepreneur. He refused to publicly provide details, citing the fact that we can talk on sensitive data.

According to Zuckerberg, “the most important thing that concerned him right now” is to make it so that Facebook became a platform to influence electoral processes in 2018.