Ukraine should participate in the transit of gas, said Merkel

MOSCOW, 12 APR — RIA Novosti. Ukraine should continue to play a role in gas transit, said the Chancellor of Germany Angela Merkel, commenting on the construction of the gas pipeline “Nord stream — 2”. 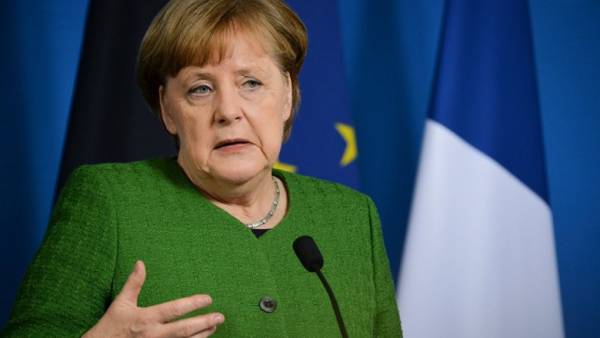 “We also discussed the project that affects both our countries, it is the “Nord stream — 2″… We came to common opinion that here on the one hand we are talking about the economic project, and on the other, it is certainly for Ukraine and its future. In this issue we have made great unity that Ukraine as a transit country in the future must also play a role. In this direction, we will continue to work together,” said Merkel at a press conference following the meeting. Broadcast performances led videoagentstvo RT Ruptly.

The project “Northern stream — 2” involves the construction of two pipelines with a total capacity of 55 billion cubic meters of gas off the coast of Russia through the Baltic sea to Germany, next to the existing “Northern stream”. In March the heads of the parliaments of Lithuania, Latvia and Poland was signed in Vilnius a joint statement against the construction, saying that it is a geopolitical project based on the political decision to abandon gas transit through Ukraine. According to media reports, the letter was signed by Ukraine and Moldova.

Permission for the construction of “Nord stream — 2” already gave Germany. In early April of their acceptance for the project, said Finland.