The Moscow city court has upheld a prison sentence Ulyukayev

The court rejected the complaint of protection on a sentence eks-the head of the Ministry on charges of bribery. 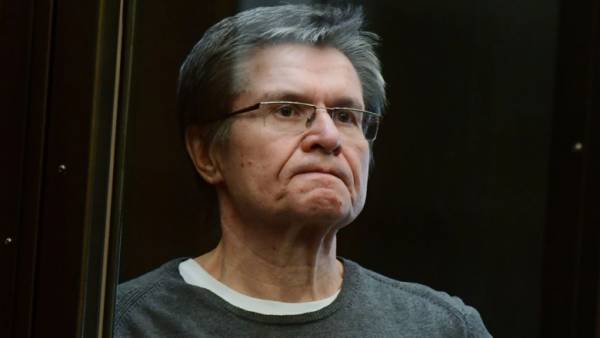 MOSCOW, April 12. /TASS/. Entered into force indictment of the former Minister of economic development Alexei Ulyukayev, who was sentenced to eight years in a strict regime colony and a fine of 130 million rubles for receiving a bribe of $2 million, reports the correspondent of TASS from Moscow city court.

Board of appeals withdrew from the speaker limit for public office for eight years after leaving the colony. “The remainder of the sentence of the court of first instance to leave without change,” reads the court’s decision.

The Moscow city court rejected the complaint of protection against the sentence to Alexei Ulyukayev on charges of bribery.

Protection ex-the Minister of economic development appeal against the decision of Moscow city court on appeal.

“Of course, we will appeal against this decision in cassation,” — said TASS, the lawyer of the speaker Darejan Queeze.

The appeal on sentence, the court rejected. The verdict, according to which the speaker has received 8 years of strict regime colony and a fine in the amount of 130 million rubles for a bribe in 2 million dollars, entered into force.