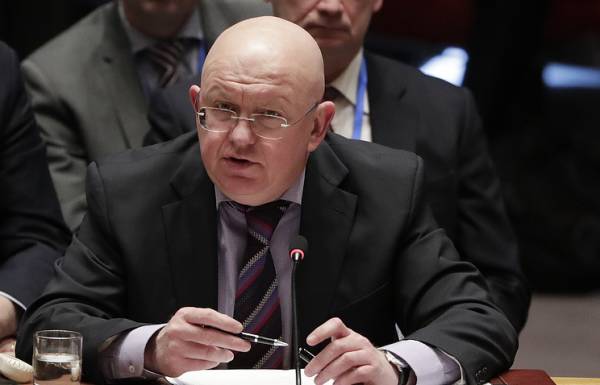 UN 13 APR. /TASS/. Russia knows exactly what the leaders of the armed groups in Syria given the orders to begin an offensive against the government forces in case the US and its allies will inflict strikes on the middle Eastern country in response to unconfirmed chemical attack. This was stated on Friday, Russia’s permanent representative to the UN, Vasily Nebenzia at the meeting of the Security Council.

“Who will benefit from a possible strike on Syrian military bearing the brunt of the fight against terrorism and achieved major victories in this regard? We do know that the leaders of the Syrian armed groups given orders to begin the offensive after possible military action,” – said the diplomat.