The President of France Emmanuel macron said in an interview with TV channel TF1 that France has evidence of use by the Syrian authorities of chemical weapons last week. “We have evidence that last week chemical weapons were used and that was used by the regime of Bashar al — Assad,” he said (quoted by “Interfax”). 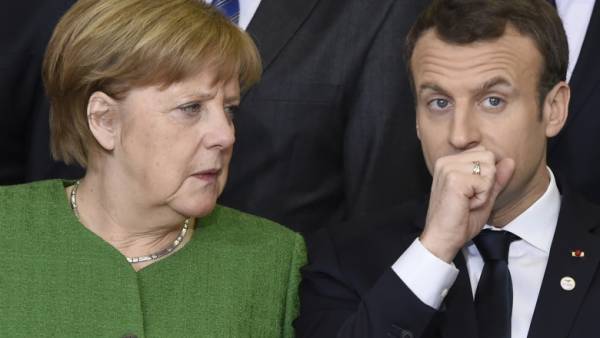 Mr. macron said that he supports the dialogue on Syria with US President Donald trump. We will remind, the situation in Syria escalated after associated with the Syrian opposition organization “White helmets” reported that on 7 April, the Duma, the Syrian chemical attack has occurred. The victims of the attack allegedly began to 70 people. Yesterday has expired term to which Mr. trump has promised to decide to bomb Syria or not. Blows followed, however, the American President warned Russia that “missiles will fly”.

The presence of evidence of use of chemical weapons by the Syrian authorities and says German Chancellor Angela Merkel. At a joint press conference in Berlin with Prime Minister of Denmark Lars løkke Rasmussen, she also expressed regret that Russia “was not ready to work on collaborative mechanisms,” which would clarify the origin of the chemicals allegedly used in Syria.