The world health organization (who) stated that about 500 people turned to medical facilities with symptoms of chemical poisoning after the alleged himataki in the Syrian Duma. 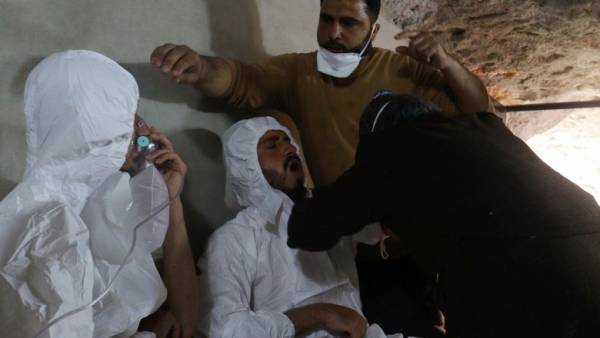 “In particular, the applicants were signs of severe irritation of mucous membranes, respiratory and Central nervous system,” notes the who.

According to the organization, more than 70 people, who were hiding in basements, were killed. 43 of the deaths are associated with symptoms of poisoning by toxic chemicals.

The who indicates that have received this information from their partners, however, did not specify who exactly was involved.

Despite the claims about the chemical attack in the Syrian Duma, the Russian Center for reconciliation found no traces of chemical weapons in the area — it was reported that the experts found no evidence of the use of toxic substances.