Russia has tightened the rules for organization of children’s activities. 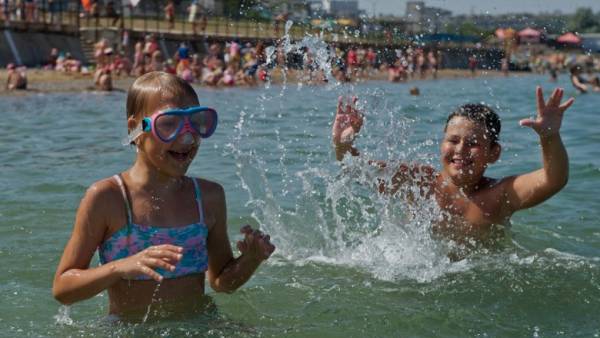 The State Duma adopted in the third final reading a bill that introduces additional measures to ensure the safety of children. The document clearly defines who can organize leisure of children, which is the responsibility of local government, what rights parents have and where to complain if the rules are not met. The portal iz.ru understand the intricacies of the new law.

The bill, which tightens controls over the rest of the children adopted by the state Duma in the third final reading April 10. It was sponsored by members of three Duma factions — United Russia, just Russia and the Communist party. The first hearing was held in January of this year.

The law on the organization of children’s leisure. The main thing

Fundamental in the new law are considered the three points.

safety Rules that can save your child’s life

First. The authorities in each Russian region shall be published on the website of the local government register of organizations that have access to the provision of children’s summer vacation. Thus, each family can check out any organization before buying a ticket to the camp and send a child there. Still this was a big difficulty: the rest of the children were engaged, even those who did not have the necessary licenses. For example, in 2017, the chamber has found 17 illegal camps.

Second. The parents and the company that will organize the child will now enter into a standard contract. It should develop the Ministry of education and science. This will eliminate the possibility of incorporating into the contract various legal loopholes that will help the organizer of children’s holidays in case of injury to or the death of a child to avoid responsibility.

Third. Parents, if necessary, in electronic form can appeal to the state authorities of the constituent entities of the Russian Federation with petitions and complaints on the organization of summer holidays of their children. Local authorities are obliged to promptly examine complaints and to publicly answer. One of the authors of the new law — Deputy Irina Yarovaya believes that it is “a new level of public and state control.”

In addition, in accordance with the adopted law will be approved and made publicly available (on official sites) recommended travel routes for children, as in institutions of rehabilitation and recreation, and for samoorganizowaniu guests. According to the parliamentarians, this will significantly increase the safety of selection and organization of camping trip with the kids.

To catch the beginning of the holidays

Irina Yarovaya stressed that the new rules should enter into force before the beginning of the summer holidays. “Until the beginning of June the Russian government and the States are required to ensure strict fulfillment of the law and to hold all the extra work” — leads TASS words of the Deputy.

The head of the National parent Committee Irina Volynets, in supporting the improvement of the legislative regulation in this sphere, in conversation with the portal iz.ru noted that is better if this requirement will be Advisory in nature.

— Preparing for the summer holidays well in advance, some organizations PEREPODGOTOVKI under the new rules now can be difficult. In particular we are talking about the additional financial costs that can affect the cost of vouchers. So, I think that would be correct, if at first installation to readjust to the new standards by the beginning of the summer holidays would be more of a recommendation, she said.