MOSCOW, 11 APR — RIA Novosti. The Syrian opposition after a possible US attack on Syria is going to go on the offensive to recover the lost areas and build new, told RIA Novosti one of the commanders of “Free Syrian army” (FSA) Fateh Hassoun. 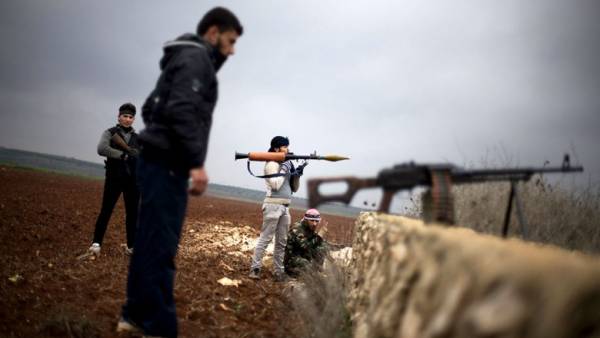 Earlier, the President of the United States Donald trump wrote on Twitter that Russia should be ready to shoot down missiles fired at Syria, and the missiles would be “nice, new, and “smart”.

“We will try to use this strike in the first place in the military, on the battlefields, as these shocks lead to dissipation of the forces of the regime (of President Bashar al-Assad — ed.) to create chaos in its ranks and retreat mode. Such circumstances will later be used against the military forces of the revolution preparatory to attack, which will return control of certain places and capture a new one,” said Hassoun.