The risk of direct collision, the USA and Russia in Syria there, said a source

MOSCOW, 11 APR — RIA Novosti. The risk of a direct military confrontation between Russia and the United States in Syria exists, it is higher than before the incident in the Syrian Duma, told RIA Novosti source in the Russian foreign Ministry. 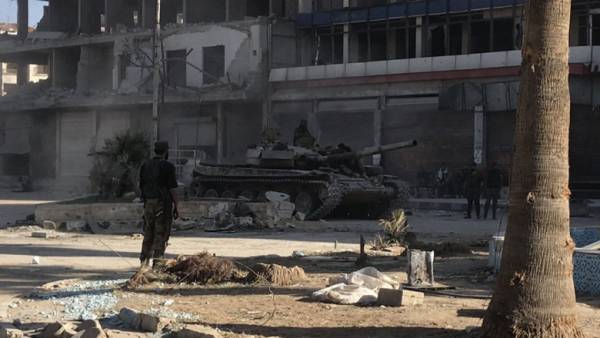 “Of course, it exists (high risk direct military confrontation with the United States — ed.). And it’s higher than it was before April 7,” — said the Agency interlocutor.

Speaking about possible retaliatory steps from Russia in case of any US attack on Syria, the source noted that “we orientirueshsya on the words (the chief of the Russian General staff Valery) Gerasimov — if there is a danger to our citizens, we will take measures”.

Previously, the West accused the Damascus chemical attack on the Syrian city of Duma in Eastern ghouta. Moscow has denied the information about the chlorine bomb, allegedly dropped by the Syrian military. The Russian foreign Ministry said that the purpose of stuffing about the use of toxic substances of troops to Syria to protect the terrorists and to justify possible military strikes from outside.