The head of Facebook mark Zuckerberg spoke at a public hearing in the U.S. Congress about the data breach. Because of the behavior of the audience took the founder of the social network for the robot. 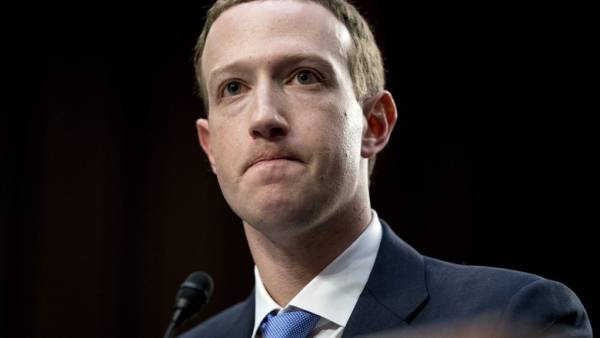 Users began to assure each other that Zuckerberg is a quality Android with artificial intelligence. As evidence they published the photos of the room that was to confirm their theory.

Much attention viewers paid to the pillow, Zuckerberg put on his chair. Regulars Twitter immediately identified, and therefore humanoid robot disguised extra batteries. The meeting proceeded more than four hours, so he might need extra time to recharge.

Is Mark Zuckerberg using a booster seat or is that an extended battery pack? I need answers. pic.twitter.com/SNBrIib5QL

“Zuckerberg is sitting on a pillow or on the battery? Need answers”

What is Marc Zuckerberg sitting on?

“What sits Zuckerberg? Options: pillow, extra battery, wallet or folder with all our personal data”

In addition, users are alerted excessively smooth movements Zuckerberg during the hearing. He took the glass of water carefully so that people instantly recognized in him the car.

“don’t forget to drink the water, humans like water” pic.twitter.com/RyhWE74Sl4

It’s clear that Zuckerberg is trying to trick the country into thinking he’s human.

“It is clear that Zuckerberg is trying to deceive the country, pretending to be human. We know that robots don’t need water, mark”

The facial expressions of the head of Facebook also caused numerous problems for users: Zuckerberg smiled so unnatural, that his whole appearance resembled a robot.

There is a 100% chance Mark #Zuckerberg is a robot ? pic.twitter.com/KkXiInctXh

“A 100 percent chance that Zuckerberg is a robot”

#zuckerberg is not a lizard, he’s just a robot remotely operated by the man behind him… #Zuckerbergtestimony pic.twitter.com/pJjLlHYktI

“Zuckerberg is not a lizard. He’s just a robot, which is controlled by the back seat man”

Due to the strange behavior of some viewers associate the image of Zuckerberg with Android from the TV series “star trek”.

Jokes about non-standard origin Zuckerberg appear in the first year. In addition, users have repeatedly compared the head of Facebook with the reptilians.