The media learned about the possible opening of a U.S. Embassy in the DPRK

TOKYO, April 12 — RIA Novosti. The US administration is discussing the possibility of opening an Embassy in Pyongyang in the case of specific steps North Korea on its denuclearization, reported, citing unnamed sources, the South Korean newspaper “tone of Ilbo”. 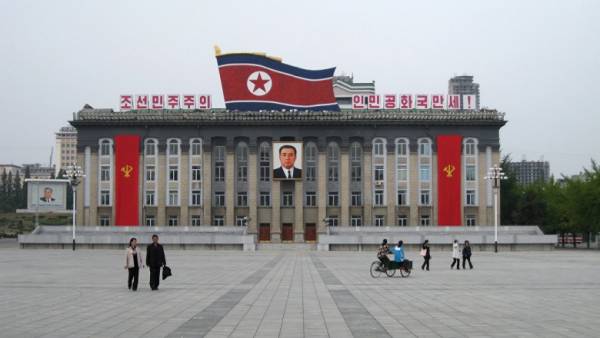 On April 27, the planned inter-Korean summit between DPRK leader Kim Jong-UN and South Korean President mun Jae Another, after which in may it is expected to meet Kim Jong-UN with Donald trump.

“The administration of Donald trump in the United States has begun to develop a plan in case North Korea will go to specific denuclearization steps,” writes in this regard, in the online version of the “tone of Ilbo”.

According to her, if the talks North Korea and the United States at the highest level goes well, Washington is first and foremost a partial “normalization of relations”.

“The trump in preparation for negotiations with North Korea discussed measures such as the opening of the coordination offices in Washington and Pyongyang, the provision of humanitarian aid to North Korea, the establishment of embassies between the two countries”, — says the publication. However, she notes, citing sources, due to the current economic sanctions, U.S. aid to North Korea excluded.