“Test results confirm the findings of the UK”

The OPCW announced the results of the investigation in the “case Skripal”. 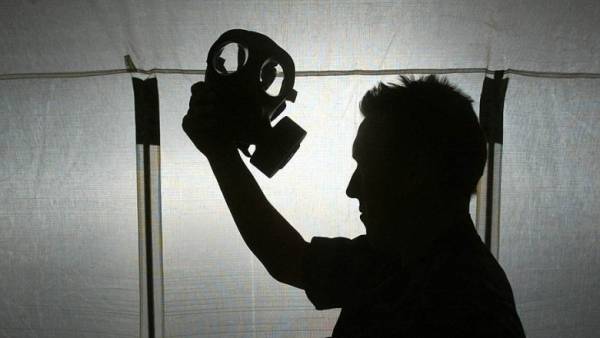 The organization for the prohibition of chemical weapons (OPCW) published a report on the investigation into the poisoning of ex-GRU Colonel Sergei Skripal and his daughter Julia. The OPCW experts “have confirmed the findings of the United Kingdom on the composition of toxic substances”, is not becoming to publicly mention his name. While the exact origin of the substance, the experts have not established. The British foreign Secretary Boris Johnson, meanwhile, considered the conclusions of the OPCW further proof of involvement in the poisoning of Russia.

Experts from four independent laboratories selected by the OPCW, analyzed the blood samples of Sergey and Yulia Skrobala, as well as substances found in Salisbury, at the supposed place of their toxicity.

Samples were taken of blood and COP nick Bailey, who had contact with the victims, with the result that he was in the hospital with signs of poisoning.

“The results of analyses of biological samples and environmental sampling, made by the selected OPCW laboratories, confirm the conclusions of the UK on the chemical toxic effect that was used in Salisbury and which seriously injured several people,” said the OPCW. It is noted that a toxic substance was different pure composition. “This follows from the almost complete absence of impurities”, — stated in the report of the organization. The name “Newbie” has not publicly mentioned (formula and the exact name of the substance will be transferred to the countries participating in the investigation). Not directly stated in the message of the OPCW and on the country of origin of the substance.

Recall, the British authorities believe that the attack on Sergei Skripal, who was sentenced in Russia for espionage for eight years, and then exchanged for working in the United States, Russian agents, and his daughter Julia was committed with the use of nerve agent “Beginner”, developed in the USSR. During the investigation there were different versions of what happened. In particular, it was reported that the poison was in the suitcase arrived on 3 March in the UK to father of Julia Skripal. Among carriers of the substances also called the shop on one of the streets of Salisbury, which was discovered by Sergey and Yulia Skrypali, their car, and the door knob in their home.

Commenting on the findings of the OPCW the foreign Minister of Britain, Boris Johnson said: “In the interests of transparency and because, unlike the Russians, we have nothing to hide, we asked the OPCW to publish a resume so that all could see him, and send a full report to all members of the OPCW, including Russia”. However, he reiterated London’s position: “Only Russia has the means and the motives (for poisoning Skrobala.— “B”), and relevant experience”. “There can be no doubt that it was used”, — said the Minister, referring to the substance called “Beginner”. Mr. Johnson also said that Britain called for an April 18 meeting of the Executive Committee of the OPCW, which will discuss next steps in connection with the incident in Salisbury.

Sergei Skripal remains in the hospital in serious condition. As for his daughter Julia, she receives conflicting information. On Wednesday the Russian Embassy in Britain said: “the British side continues to deny us any information on the whereabouts of Julia, her wishes and the actual state of health. There is a line on its isolation from the public, withholding vital evidence and the creation of obstacles to objective and independent investigation.”

Russian diplomats referred to the article in the tabloid The Sun, where it is stated that MS Skripal “was transferred to a medical facility on a guarded military base to continue treatment”, and also on the material the Times newspaper that the Russian was transferred to a “heavily guarded house in the countryside”.

Doubt from the Russian side and the authenticity of the claim of Yulia Skripal, which was made public yesterday in a written form Scotland Yard. Mrs. Skripal said he feels better, but doesn’t want to talk to journalists and his cousin, Victoria, who had previously intended to come to the UK, but are unable to do this due to the visa denial. “I thank my cousin Victoria for her care of us, but asked that she didn’t see me and didn’t try to contact me now. Her opinions and statements are neither mine, nor my father,” said Julia Skripal.

The Russian Embassy in Britain in the night of Thursday commented on the statement: “If all the above is true, we can only rejoice for our compatriot. However, in terms of inability to see this in practice, the publication of the London police raises more questions than answers. As before, I would like to make sure that the statement really comes from Julia. There is considerable doubt.” According to Russian diplomats, “the text is clearly designed to reinforce the official statement of the British authorities and simultaneously to exclude any possibility of contact Yulia with the outside world — consuls, journalists, relatives.”

After that, Scotland Yard has assured “RIA Novosti” that, “as indicated, the statement was issued from the face of Yulia Skripal”. In additional explanation, the spokesman did not elaborate.