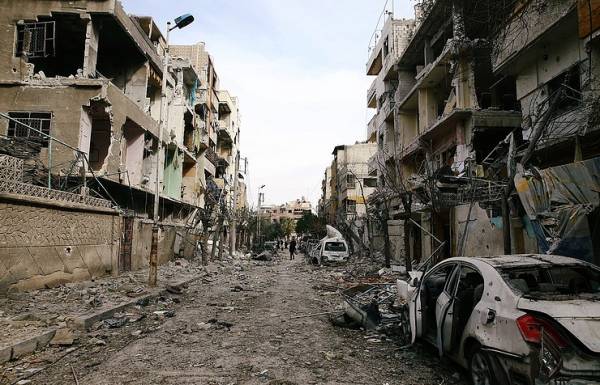 Street in the city of Douma, Eastern ghouta

DAMASCUS, April 12. /TASS/. The Syrian army established full control over the city Duma, is under the control of the group “Jaish al-Islam”, now the government forces control the whole of Eastern ghouta. This was reported to journalists by the head of the Center for conciliation of conflicting parties, the General-the major Yury Evtushenko.