Nadezhda Savchenko was hospitalized from jail

Earlier the Deputy of the Verkhovna Rada complained of sharp deterioration of state of health. 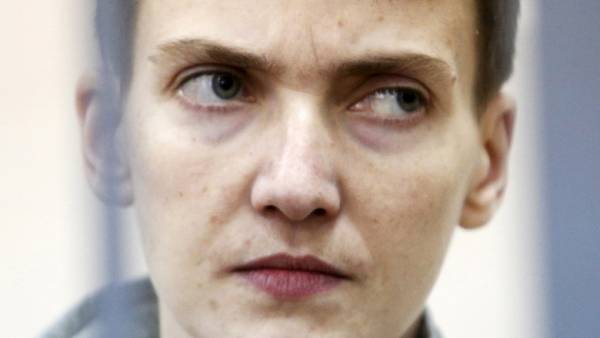 KIEV, April 12. /TASS/. Deputy of the Verkhovna Rada Hope Savchenko, arrested on charges of plotting a coup, was taken Thursday from jail to a hospital. This broadcast channel “112 Ukraine” said her sister Vera.

“According to the information that was provided to me in jail, she had been taken to the prison clinic for examination, she said. I mean, I don’t think it was translated, it’s just, if I understand correctly, was taken for examination. Today I will ask about the date to see how it all ends.”

Sister also noted that the lawyers of Nadiya Savchenko it will not be followed.

Savchenko March 23, was stripped of parliamentary immunity and arrested. According to investigators, she was planning attacks in the Parliament building and the government quarter. She faces from five years imprisonment to life imprisonment.