Medvedev spoke about the pension of his grandmother

MOSCOW, 11 APR — RIA Novosti. Prime Minister of Russia Dmitry Medvedev, responding to the deputies on the question of increasing pensions to working pensioners, recalled his grandmother, who worked as a watchman, and when working pensioners do not receive pension payments. 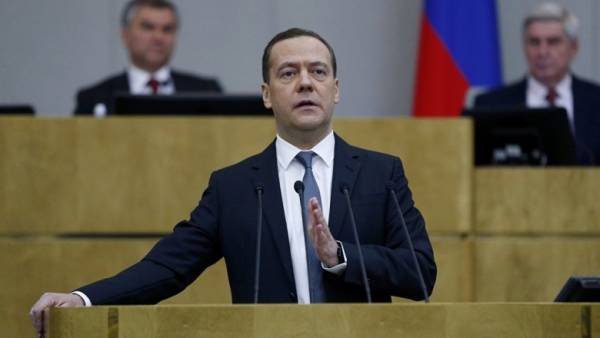 “Yesterday I was sitting, thinking. In the Soviet period, quite a long time, until about the mid 70-ies, it does not admit the simultaneous receipt of salaries and pensions. Generally not allowed”, — he said.

“Then he remembered his grandmother, was allowed within certain limits — if a small pension and a small salary. She worked as a caretaker and received a pension of 40-50 rubles and a salary of 60 rubles. Everything else to do was impossible,” — said Medvedev.

The Prime Minister said that now choose to use a different system when working pensioners receive payments regardless of their size.