The President of the US wrote on his Twitter page. 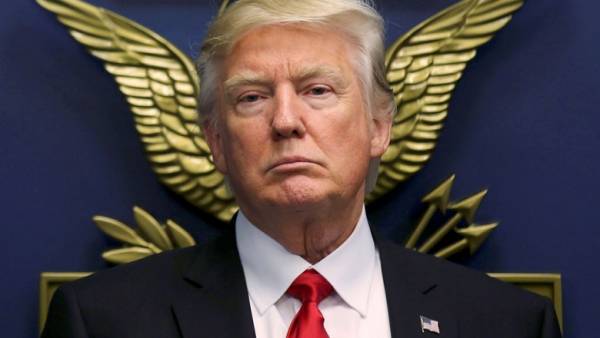 TASS, April 11. The US President Donald trump said that Russia should be ready to shoot down missiles fired at Syria. About this he wrote Wednesday on his Twitter page.

“Russia promises to shoot down all the missiles fired at Syria. Get ready, Russia, because they will come — nice, new and smart” — he wrote.

“You don’t have to be partners with gas killing the animal that kills its people and enjoys it,” he added.

Russia vows to shoot down any and all missiles fired at Syria. Get ready Russia, because they will be coming, nice and new and “smart!” You shouldn’t be partners with a Gas Killing Animal who kills his people and enjoys it!

Earlier Wednesday, the press Secretary of the President Dmitry Peskov, when asked to comment on the likely application of a U.S. strike on Syria, expressed hope that all members of the international community to refrain from steps that “a) in reality, unprovoked and b) which can destabilize the already fragile situation in the region.”

Peskov also said that Russia calls for an objective investigation into reports of the alleged presence in Syria of chemical weapons and does not agree with the version about this for a number of Western countries.