UN, April 10 — RIA Novosti. Draft resolution of the Russian Federation about the work of the new mechanism for investigation hematic in Syria have not received the UN Security Council the necessary 9 votes in support and was not adopted. 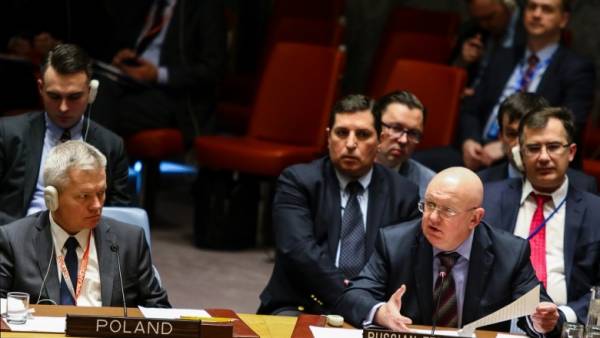 The proposed RF, the document was supported by six countries, including two permanent members — Russia and China, as well as Bolivia, Kazakhstan, Ethiopia and Equatorial Guinea. Two countries — Kuwait and Cote d’ivoire abstained. Against the document were made by seven members of the Council.

Earlier, Russia blocked a UN Security Council draft resolution the United States on the establishment of a new mechanism for investigating chemical attacks in Syria.

Russia on Tuesday put to the vote prepared in January and updated in recent months, the draft resolution on the establishment of a UN mechanism to investigate chemical attacks in Syria (United Nations Independent Mechanism of Investigation, UNIMI).

The Russian project was different from the document of the United States, which insisted that the new mechanism identified the perpetrators of the use of chemical weapons in Syria and the UN security Council would have the right to authorize forceful response. In the Russian project it is noted that the UN Security Council to “thoroughly examine” the Commission’s conclusions, which, however, she will not call the perpetrators of the crimes.