The government will step down after the may 7, Medvedev said

MOSCOW, 11 APR — RIA Novosti. Prime Minister of Russia Dmitry Medvedev, speaking in the Duma, said that the report on the work of the Cabinet will be the last to present his line-up as of may 7, after the inauguration of the President, government to resign. 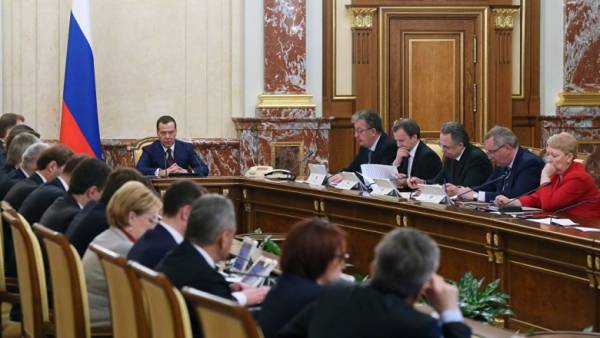 “The report of the government — this is usually a summing up of the year, but given the fact that this is a special report about what I said today, probably not enough to talk about it. The country chose the President, may 7, after taking office, in accordance with the Constitution, the government will resign, so this is the last report from his current squad, so I think it is important to remember the six years of operation, they were”, — said Medvedev.

The vote in the presidential elections in Russia held on March 18. The turnout was 67,54%. Acting President Vladimir Putin won with a score of 76,69% of the votes for him, according to the final data of the CEC, voted more than 56,4 million voters.