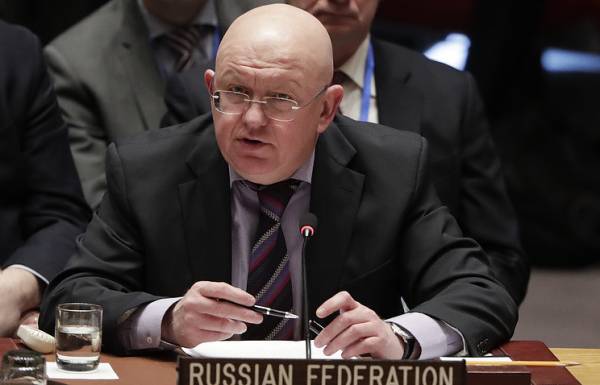 UN, April 11. /TASS/. The failure of Washington and its allies to support a compromise draft resolution on Syria indicates that they don’t want real investigations into allegations of chemical attack in the country, this is a concern, there is a danger of unfortunate events. This was stated by Russia’s permanent representative to the UN, Vasily Nebenzia at the meeting of the UN Security Council on Tuesday.