The German Chancellor said that the construction of the pipeline is “not a purely economic project.” 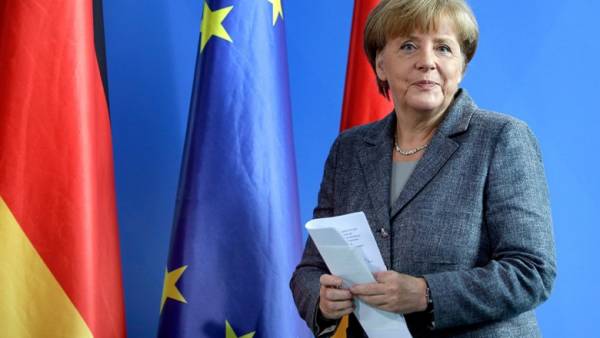 BERLIN, April 10. /TASS/. German Chancellor Angela Merkel for the first time identified the role of political factors in the implementation of the project on construction of the pipeline “Nord stream — 2”.

“I clearly stated that the project “Northern stream — 2″ without clarity about the role of the Ukrainian transit from our point, impossible,” she said on Tuesday at a joint press conference with President of Ukraine Petro Poroshenko.

So, as you can see, this is not a purely economic project, but play a role and political factors.Angel Erkelenzer Germany

The head of the German government promised to remain in close contact with the Ukrainian side on the implementation of the project.

“Nord stream — 2” project expansion of the existing gas pipeline “Nord stream”, linking Russia and Germany under the Baltic sea bypassing transit countries: Ukraine, Belarus, Poland and other Eastern European and Baltic countries. The pipeline generally follows the route of the “Nord stream”. Its length will be more than 1.2 thousand km and a throughput capacity of 55 billion cubic meters of gas per year. Enter “Nord stream — 2” is scheduled for the end of 2019.