XI Jinping: China will not maintain a positive trade balance and increase import

The Chinese President added that his country will drop this year tariffs on imported cars, and fees for other goods. 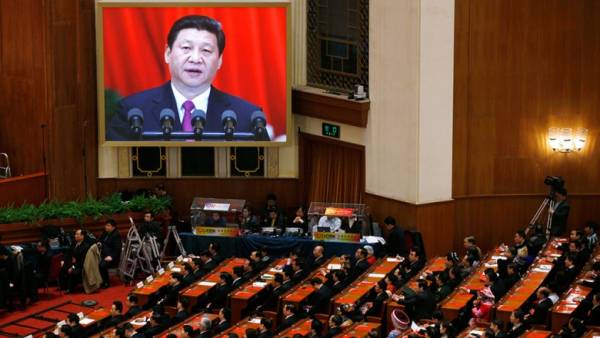 RUSSIA /China/, April 10. /TASS/. The government of China does not aim to maintain a positive trade balance, and plans to increase the national import. On Tuesday at the official opening ceremony of the Asian economic forum in Boao (South China) said the Chinese President, XI Jinping.

“China is not committed to a positive trade balance. We sincerely wish to increase imports and to achieve a more balanced international balance of payments”, — he said.

This year we will significantly lower the import duty on imported cars, and fees for other goods. We will work to increase imports of competitive products in which our people need.Si official website PRC

In the last few months the relations between China and the United States deteriorated significantly due to differences in the trade-economic sphere. The US President Donald trump has repeatedly stated that he does not like large trade deficit in trade with China, which reached, he said, $500 billion.

A new phase of deterioration in trade relations between Washington and Beijing began on 3 April, when the administration trump released a list of products from China, which planned to introduce an additional 25%-s ‘ duties. In response, China’s state Council on Wednesday published a list of 106 titles American products on which duties would be introduced in 25%. The entry into force of the response depends on whether to impose the United States scheduled duties on Chinese goods.

On Thursday, the Ministry of Commerce of China said that Beijing initiated proceedings in the WTO against the unilateral actions of the United States against Chinese steel products and aluminium. On Wednesday, Beijing appealed to the WTO over the imposition of US duties on Chinese imports based on the 301st article of U.S. trade act of 1974.