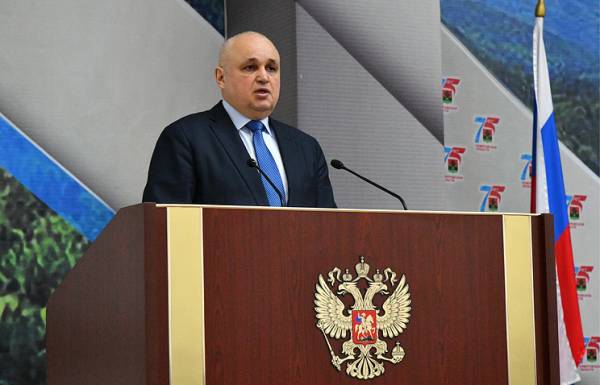 The acting Governor of the Kemerovo region Sergey Tsivilev

KEMEROVO, April 10. /TASS/. The former head of Kuzbass Aman Tuleyev at the extraordinary session of the Council of people’s deputies of the Kemerovo region on Tuesday praised the acting Governor of the region, his former Deputy Sergey Tsivilev, who took over the area after his retirement.