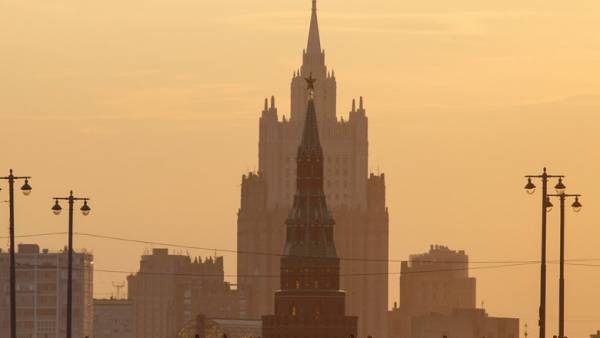 He wrote about this in an article for the journal “Russia in global politics”.

According to him, the imposition of sanctions in 2014, “concluded an epic journey of Russia” in the West, “lightly started by the False Dmitry and resolutely continued Peter the great”. At this time the Russian government “sideways as it tried to squeeze” in the West — autocrats “hard married German women”, the nobility and the bureaucracy replenished “bragagnini foreigners” and the army “victoriously, and sacrificially fought in all major wars of Europe.”

Not led to the pair and the fascination of the West with the ideas of socialism, and is embodied precisely in Russia.

At the end of the last century Moscow again “asked” to Europe, have “diminished and primigenia”, but a soft turn to the West again failed. Then sounded “sharanutsa to the East”, however, this “journey” has been in Russian history, says Surkov.

Surkov calls Russia no alternative, the third, and the “dual dual” civilization, combining in itself both East and West.

“Russia is a Western-Eastern country-blood. With its double-headed state, the hybrid mentality, Intercontinental territory, bipolar history she, as expected the half-breed, charismatic, talented, beautiful and lonely,” says the politician.

This loneliness does not mean the complete isolation of Russia, but denies her complete openness, since both “would repeat the mistakes of the past”. The country is to trade, to fight, to be in international organizations, to share knowledge, to cause fear and hatred, curiosity, admiration and sympathy, but “without decoys and denial,” said Surkov.