On a place of wreck of An-148 found 13 fragments, the source said

MOSCOW, 10 APR — RIA Novosti. Thirteen fragments of the plane An-148, crashed in February, was found by rescuers after the resumption of the examination of the scene of the crash in the Ramenskoye district of the Moscow region, told RIA Novosti a source in the emergency services of the region. 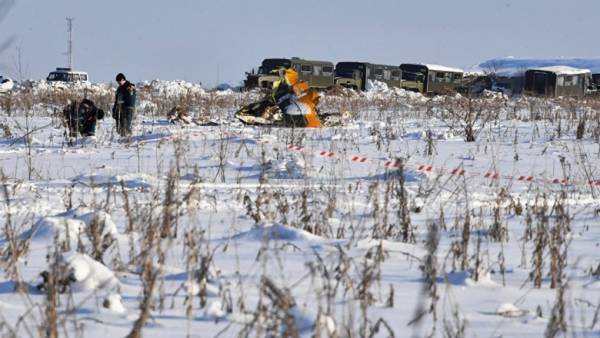 Earlier in one of the Telegram channels has a message with a link to one of the relatives of those killed in the crash, which said that at the crash site are still fragments of the aircraft, personal belongings and the remains of the dead. This statement was widely covered by mass media. According to SK of Russia, the investigators after the snow together with the emergencies Ministry has resumed examination of the scene of the crash.

“Experts have already discovered 13 fragments of the aircraft, the survey continues,” — said the Agency interlocutor.

Passenger plane An-148 of “Saratov airlines”, carrying out flight from Moscow to Orsk, February 11, disappeared from radar screens a few minutes after takeoff from the airport “Domodedovo”. The wreckage of the aircraft were found near the village Stepanovski Ramensky district, Moscow region. On Board were 71 people, including six crew members. They all died.