Nebesa outraged by the rudeness of Britain, France and the USA against Russia

UN 9 APR — RIA Novosti. USA, UK and France are confrontational against Russia, using a wide Arsenal of methods and tone that was not even during the “cold war”, said on Monday, Russia’s permanent representative to the UN, Vasily Nebenzia. 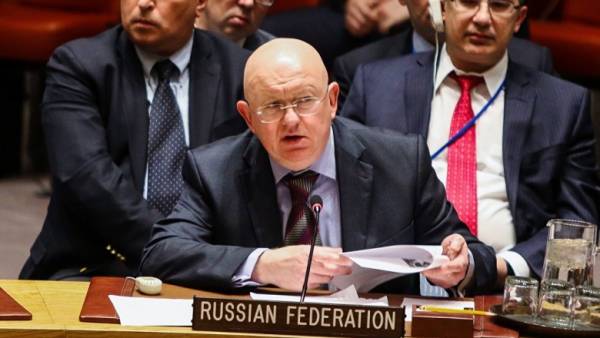 “The leadership of the US, UK and France without any reason and without thinking about the consequences of confrontational attitude to Russia and pushing for this”, — he said at a UN security Council meeting on the situation in the middle East.

According to him, it uses “a wide range of methods” to which nebesa took “slander, insults and bellicose rhetoric, blackmail, sanctions and threats to use force against a sovereign state”.

“Shameless threaten Russia. The tone in which this is done, overstepped acceptable. Even during the cold war such rudeness towards my country, your predecessors does not allow”, — he added, addressing the participants of the meeting.

See also: Mei: Russia in the UN security Council hinders the investigation of cases of use of chemical weapons in Syria