BANGKOK, April 10 — RIA Novosti. The police of Pattaya city requested and received in the court of the resort town of the decision to arrest all members of the group Alexander Kirillov (Alex Leslie) and Anastasia Vashkevich (Nasty Fish), arrested in February for illegal “sex-training”, on suspicion of organizing prostitution in the criminal group, told RIA Novosti on Tuesday the Thai attorney Natthaphon Sika. 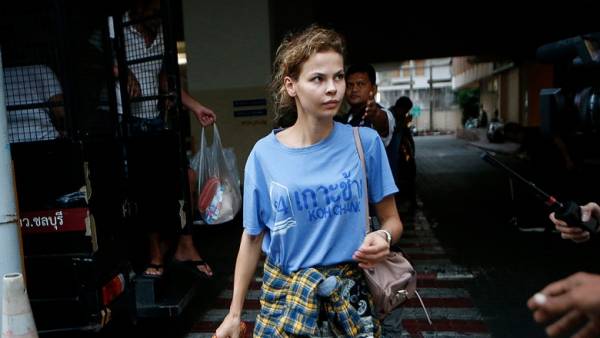 “The accusation, made according to a police statement reads: “the provision of services to the satisfaction of sexual desire with the help of third parties involved in the provision of those services with their consent, in a criminal group”. What we are talking about a criminal group, much aggravates the guilt of suspects, if it is proved”, — said the Agency lawyer.

“Detention is not an arrest, and the defendants in this case are still only suspects. The case is a police inquiry, and then can be openly investigating the case to prosecutors. When this happens is still unknown,” — said the lawyer.