In the Arctic launched a deep division, which will decide not only military but also civilian tasks. 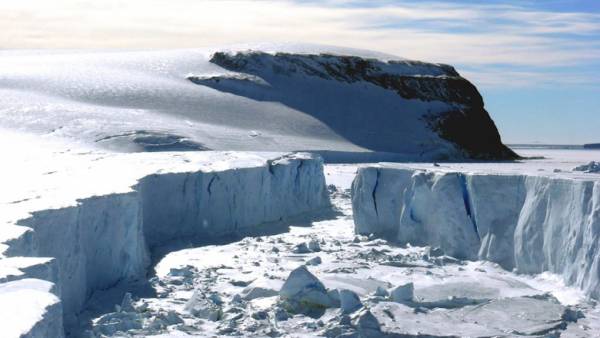 In the Northern fleet created a deep division. The structure of this compound consists of small nuclear deep-water station (AGS), capable of operating at depths up to six thousand meters. Also includes submarine — carriers of AGS and a large number of underwater robotic complexes. The most closed connection in the armed forces actually directly subordinate to the Minister of defence.

As told “Izvestia” in command of the Navy, in January of this year, the 29th separate brigade of submarines based in gadzhiyevo (Murmansk region), was “reformatted” into a full-fledged division. This is due to the arrival of new technology.

The formation of the 29th separate brigade was started in 1979. The first AGS she received in 1981. At present, according to open sources, the 29 th division is composed of unique AGS projects “sperm Whale”, “Halibut” and “Gate” (better known as “Losharik”). It also features a nuclear submarine (NPS) “the suburbs”, converted into a carrier for “Paltsev” and “Losharik”.

The transformation of the 29th brigade of submarines of a special purpose in the division is likely to be associated with the entry into operation of the carrier of deep technical means (GTS) submarine “the suburbs” or emergency transfer to the fleet another carrier GTS — submarine “Belgorod” says the veteran-the submariner Mr ashiq. In addition, part of the 29th division PL a lot of support vessels, including two floating docks plavkazarma for crews, charge station, that is, from the standpoint of numerical strength, is easy to type an entire division.

— Only in this division have the specialists and equipment that can provide testing of new systems of underwater weapons, which the President said, — said the expert. One of the objectives of 29th division PL — find of start-up and raising the bottom of the experimental technique samples lost during testing, and wreckage of missiles after the practical sea of fire. Because potential adversaries are very actively looking for the remains of our weapons to study it. So plenty of work, and a new boat-carriers are sorely needed.

Chief editor of the Internet project MilitaryRussia Dmitry Kornev also believes that the 29th division in the coming years will include new submarines and ships.