The Chairman of the Kemerovo Parliament resigned in favor Tuleyev

KEMEROVO, April 9 — RIA Novosti. The head of the Council of people’s deputies of the Kemerovo region Alexey Sinitsyn said that on Monday, ahead of schedule resigned that members could choose Tuleev, the head of the regional Council. 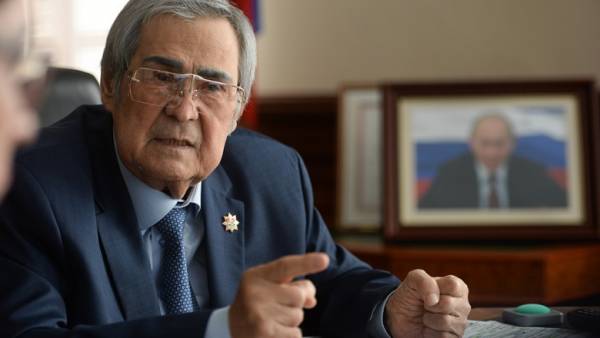 “Aman Tuleyev in 2013 headed the list of candidates from the regional branch of the party “United Russia” in regional Council of people’s deputies. Largely due to his participation won a convincing victory with a score of over 86%. The current composition of regional Council is a team Tuleyev, for which, in 2013, voted 1 million 334 thousand 138 the Kuzbass. So I think it is absolutely fair and correct that the head of this team is to stand its leader,” — said Sinitsyn RIA Novosti.

According to him, he wrote a letter of resignation to the Chairman of the regional Council for the deputies have the opportunity to vote for the candidate Tuleev.

“I believe that Mr Tuleyev has the right to completely take the place of the leader of his team, given the huge support received by the team in the 2013 elections,” — said Sinitsyn.

According to him, the deputies will consider his statement at the extraordinary session on Tuesday.