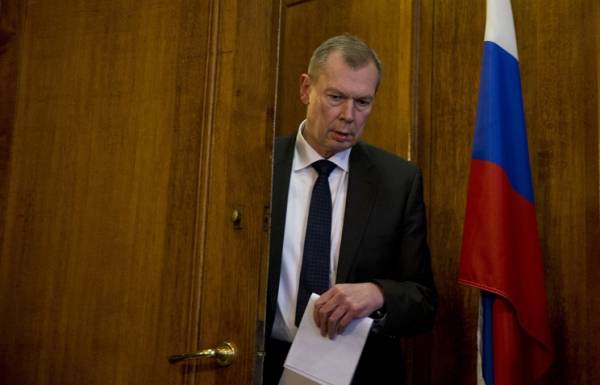 Russia’s Ambassador to the Netherlands, permanent representative of Russia to the OPCW Alexander Shulgin

MOSCOW, April 9. /TASS/. Syrian authorities handed to the UN Security Council and the Organization for the prohibition of chemical weapons (OPCW) information about preparing provocations with the use of chlorine in Eastern ghouta. This was announced Monday in the First channel, Russia’s permanent representative at the OPCW Alexander Shulgin.