Prosecutors suspect the UK authorities in the death of Berezovsky 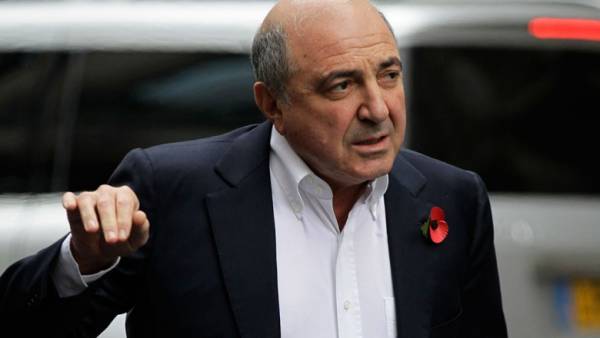 “As soon as Berezovsky was going to go back to Russia at this moment is the fact of death. This was beneficial to Berezovsky have not traveled in Russia, did not disclose those closed facts which he had? I think it’s obvious. First and foremost, it is beneficial to the British authorities”, — said Mr. Karapetyan.

We will remind, Boris Berezovsky was discovered dead in his home on March 23, 2013. The autopsy found no traces of violent death: the police report indicated that the most likely version of the death of Mr. Berezovsky was suicide.