Yesterday night a butterfly, Interdevochka, today — kept, astartica — in workers in the sex industry by many names in Russia. Does not change from epoch to epoch only the essence of the business trade body with involvement of the pimp. Meanwhile, the question of legalization of the ancient craft is not worth it. In any case the international Convention on the suppression of the traffic in persons and of the exploitation of the prostitution of others directly called this phenomenon the evil and enjoins the fight with him. 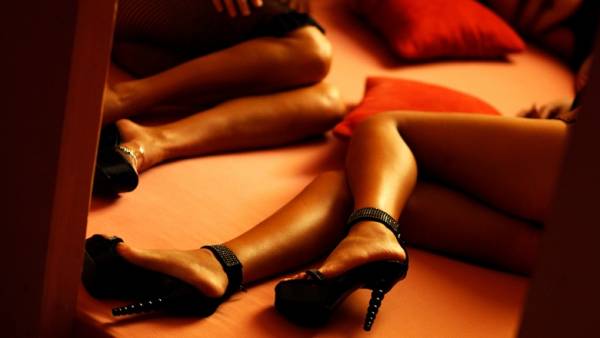 The division, which is headed by Arkhipov, uncovers and thwarts the channels of trafficking. In the criminal business these sectors tend to be closely intertwined.

Sexual exploitation in all his “restlessness” remains a highly profitable business. Forms can be different: so-called street “points,” houses under the guise of massage parlours, customer service at various Nightclubs in the framework of the “crazy menu,” elite escort. Like any business, the sex industry is developing in business laws, the main is the protection of their investments. In addition to the above there are still enough aspects that are prejudicial to the public safety of the state prostitution: the decline of public morality, the spread of various diseases, criminalization and marginalization of the “priestesses of love”.

Since the beginning of perestroika has been more than 30 years, and “points”, where customers in cars arrive for the prostitutes still exist in almost every region of the country.

Pimp on “point” so to speak, passes the site of prostitutes, for which he receives the lion’s share of revenue. His responsibilities included the security of a “point” — to pay the guards, “floats”, “radio operators”. A prostitute in such a business organization gets at best 20% of what it pays for the client.Alexey Arkhipov

“Float” is a person, which indicates to the interested client on the wheels the place (often this space is not far from the highway. — Approx. iz.ru), where you can choose a girl. After that, the consumer of sex services are the “radio operators” — observers from among the security guards whose task is to recognize the client of a detective or a thug.

“We seized, “radio operators” lists of license plates of official vehicles local police and other law enforcement agencies. As soon as they found out that the client is in uniform, he immediately warned associates about the threat,” — says Arkhipov.

Earn several apartments for three years managed the family from Moldova, who organized a stable platform to engage in street prostitution in the Ramenskoye district of Moscow region. The head of the family Oleg Dragalina, his wife and daughter the detectives of the Bureau of criminal investigation have accused the organization of “point” near the village of Vereya. Including, it was charged with two cases of prostitution of minors. They worked 35 prostitutes from Russia, Kazakhstan, Ukraine, Moldova and Ghana. It is worth noting that his own daughter Dragalin on the panel didn’t kick — she was the family bookkeeping.

The lawyer and his alleged accomplices (about 20 active members), as considers a consequence, operated more than 60 women. With their “employees” they did not stand on ceremony, practicing as a punishment for violation of labor discipline, high fines and severe beatings.