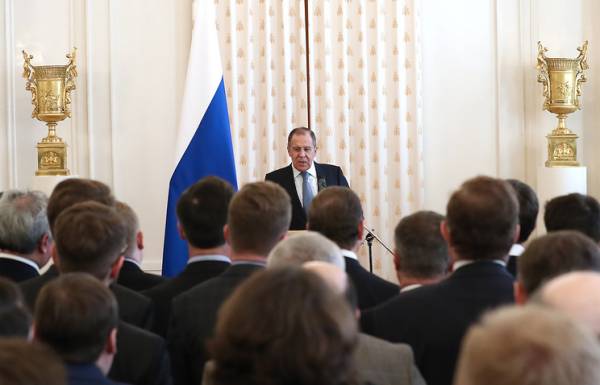 MOSCOW, April 9. /TASS/. Moscow will never bend to the ultimatums of the West, this is not the language in which you need to talk with Russia. This was stated on Monday, Russian foreign Minister Sergey Lavrov at the meeting with Russian diplomats expelled from several Western countries.

“You know, we, of course, will respond. We will never bend to the ultimatums, this is not the language in which you want to talk with the Russian Federation”, – said the Minister.