Why the Russians decided that the environmental situation in the country improved. 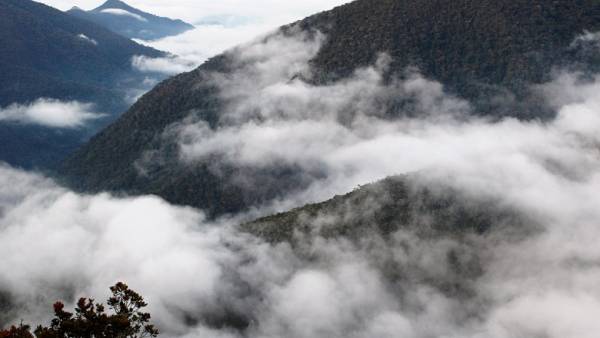 The majority of Russians consider the ecological situation in the place of their residence safe. At least this is evidenced by published on April 5 poll by the Russian center for public opinion studies (VTSIOM).

Ten years ago the environment was appreciated less than half of the population — 39%. Now they are 59%.

Most critical, according to respondents, are the problems of air pollution and landfills. These questions of power do not ignore, and slowly decide. In 2017, for example, has been declared the Year of ecology specifically to concentrate on this direction. Adopted many measures to improve the situation. So which region is best of all to cope with the creation of the “green” lifestyle, how he did it and who was the outsider — the material of the portal iz.ru.

Who is good and who is the loser?

The three leaders from the Republic of Altai and Altai Krai. They hold their positions for the second year in a row.

For the most “eco-friendly” regions followed by Belgorod, Kursk, Murmansk and Tyumen oblast, St. Petersburg, Chuvashia and Komi Republic.

“Murmansk oblast in 2017 showed strong growth and improved its position by nine points, the first time entering the top 10 environmental rating. This is due to such significant events as the launch of a waste sorting complex in the Arctic, the project on elimination of unauthorized dumps of vessels, as well as the ecological modernisation of industrial enterprises,” said Nagibin.

Now about the outsiders. Total rating of 85 seats. And Chelyabinsk oblast are at the very end of the list because of too dirty air.

“The people [Magnitogorsk] argued that the number of industrial enterprises in the city only on paper reduces emissions of pollutants. In fact, the town is stinking poisonous cloud,” explained ecologist.

Go to Chelyabinsk, Sverdlovsk and Moscow region. In the latter especially acute problem with landfills.

In the message to the Federal Assembly this year, President Vladimir Putin said that the country should be high standards of environmental well-being.

“It’s hard to talk about a long and healthy life if still millions of people are forced to drink water that does not meet the standards, if you roll a black snow, as in Krasnoyarsk, and the inhabitants of large industrial centers because of the smog for weeks not seeing the sun, as in Cherepovets, Nizhny Tagil, Chelyabinsk, Novokuznetsk and other cities,” — said the head of state.

To reduce industrial emissions in Russia have tightened environmental requirements for enterprises. From 2019 on eco-friendly technology needs to move 300 companies that spoil the environment, and from 2021-th it should make all of these objects.

You also need to upgrade the CHPP, boiler houses, to relieve the city from transit traffic, to switch to sustainable public transport.