Patriarch Kirill: a global crisis of faith and morality are not touched Russia

The Primate of the Russian Orthodox Church noted that in some countries the churches are empty, instead they are places of entertainment. 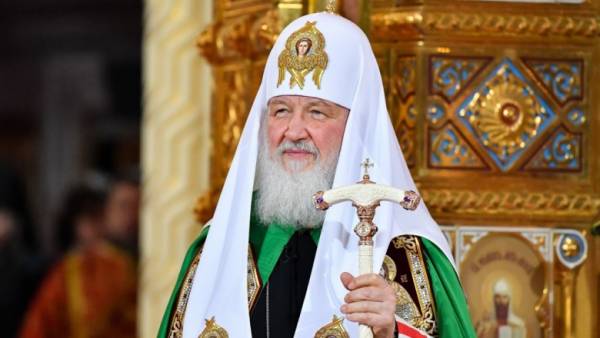 MOSCOW, April 8. /TASS/. The global crisis of faith and morals has not affected Russia in the form in which it manifests itself today in some countries. On the contrary, in our country from year to year the number of people visiting the temples. This is today said the Patriarch of Moscow and all Russia Kirill at the end of the Paschal Vespers at the Cathedral of Christ the Savior.

Today faith is a big temptation and temptations, and some societies say that their religious faith had declined. Those who travel the world, know that many States do empty churches, instead, these buildings appear entertainment establishments, restaurants, Yes, there is really a crisis of faith. But this crisis is a crisis of man’s moral nature.Patriarch Kirill

According to the Primate of the Russian Orthodox Church, “what we see today in many countries, accompanied by a surprising observation of our Russian reality.” “Here in this Cathedral, which during the whole of Holy week was filled with people, I can say that happened in Moscow over the past nine years I have the good fortune to serve here, how different this way of praying of the Church as the increased number of people,” — said the Patriarch.

“When we started the construction of new temples in Moscow, we were told: “you and the old ones are empty”. And here on the eve of Easter according to the available usual, I visited these new parishes, consecrated cakes, Easter and met with people. What a huge number of people! And the priests say that full our churches. They’re too small, they are not enough. And this happens in the capital, Moscow, in the XXI century”, — stated the Patriarch.

In his opinion, that “faith is strengthened by the people”, can occur for several reasons. “Maybe because under the special intercession of the Mother of God is long-suffering Fatherland. Maybe because it is very heavy historical page is turned by our ancestors. Maybe because they are a very special historical experience became our experience. And once all this has to bear its own fruit. And now we see this fruit ripen”, — concluded the Patriarch.