Physician organizations Mohammed Adnan Tsang said that from 2012 to 2018, there was no evidence of the use of toxic substances. 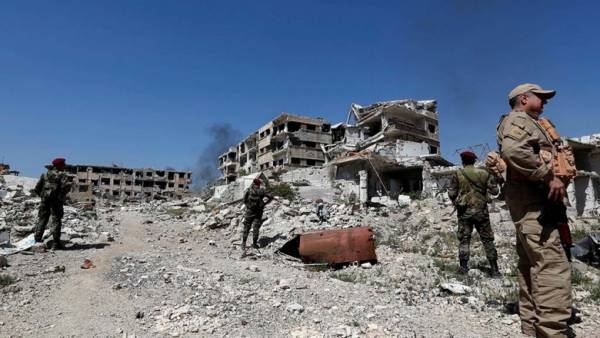 DAMASCUS, April 8. /TASS/. Specialists of Arab “Crescent” found no use of toxic substances by government troops in the city of Duma in Syria. This was reported to journalists by the representatives of this international organization.

“I spent seven years working at the Central hospital Council. There was a case in January of this year, we brought six patients with respiratory problems. After medical examination we found no problems, no toxic substances. We gave them oxygen therapy, and we had no evidence of the use of toxic substances,” said the doctor, a representative of the Arab “Crescent” safe Aldin, Hobia.

According to the doctor of the organization Mohammed Adnan Mbanga, during his work, from 2012 to 2018, no evidence of the use of toxic substances was not.

The defense Ministry denied reports about the use of Syrian troops chemical weapons in the city Duma. As the head of the Russian Center for reconciliation of the warring parties (included in Ministry of defense) in Syria, major-General Yuri Yevtushenko, about the alleged use in the Duma bombs with chlorine by the Syrian armed forces said “the number of so-called independent non-governmental organizations, including widely known for its fake news, “White helmets”.

According to the defense Ministry, Sunday operation begins at the conclusion of the Duma militant group “Jaish al-Islam” (on Saturday it was reported that they had resumed hostilities against government forces), and the statements about himatakah are used by several Western countries to disrupt the operation.