MOSCOW, April 8. /TASS/. The leading actress of the Moscow theater “School of modern play”, the honoured artist of Russia Anzhelika Volchkova died on Easter night, after a serious illness in 48th year of life. 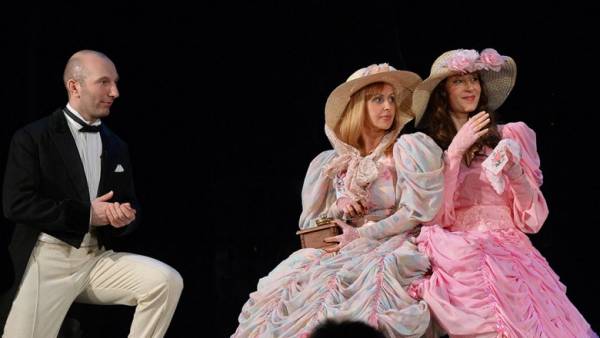 On that Sunday reported TASS the press service of the theater.

“Anzhelika Volchkova has died after a long illness, she was only 47 years old. She was very young and very talented. Incredibly beautiful and equally intelligent. She was kind, full of love and light” — said the Agency interlocutor.

Farewell to Angelika Volchkova will be held April 10 in the theater “School of modern play”. By the decision of the relatives, the actress will be buried at home in Penza.

“On 11 April on the stage of the “School of modern play” will show performance “the Overcoat/Overcoat” by Gogol. We dedicated this performance to the memory of people’s artist of Russia albert Filozov, left this world April 11, 2016. And we dedicate it also to Angelica Volchkova, who played the main female role in this play. It was her last role,” reported in a press-service of the theatre.

Anzhelika Volchkova born on 10 September 1970. He graduated from the Saratov state Conservatory and the state Institute of cinematography named. Sergei Gerasimov (workshop Marlena hutsieva and Joseph Raihelgauz). 1995 was an actress of the Moscow theater “School of modern play” under the leadership of Joseph Raihelgauz. Awarded the title of honored artist of Russia.