The researchers grew vegetables in Antarctica

Lettuce, cucumbers and radishes have grown a team of German scientists at the Antarctic Neumayer station III. 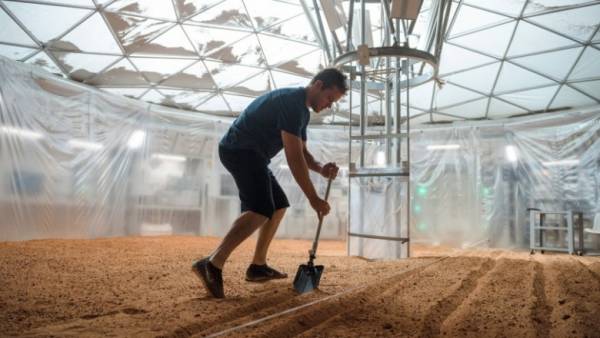 The project is coordinated by the German aerospace center. Researchers are studying the possibility of extraterrestrial farming, for example, during long-duration missions or colonization of Mars.

Crops grown in the laboratory EDEN-ISS, was produced without the use of soil, fluorescent lights and pesticides hydroponically. This method also involves the use of led lighting, control systems of carbon dioxide and the closed water cycle allows to minimize the quantity of necessary water.

Paul Zabel, an engineer involved in the project, said: “After sowing seeds in February I had to face unexpected problems.”

-20 outside and the storm stops for a year, so the system failed, but we made it through.Paul Saelinger

By may, researchers hope to collect up to 5 kg of vegetables per week until the crop was 70 radishes, cucumbers 18 and 3.6 kg of salad greens.