The Plenipotentiary Babic denied storage “Newbie” in the laboratory in Shikhany

Moscow. April 6. INTERFAX.RU. In the laboratory of the State research Institute of organic chemistry and technology (GosNIIOKhT) in the city of Shikhany (Saratov oblast) are never stored chemical weapons, including the so-called gas “Beginner”, said to “Interfax”, the former head of the state Commission for chemical disarmament, the Plenipotentiary of RF President in Volga Federal district Mikhail Babich. 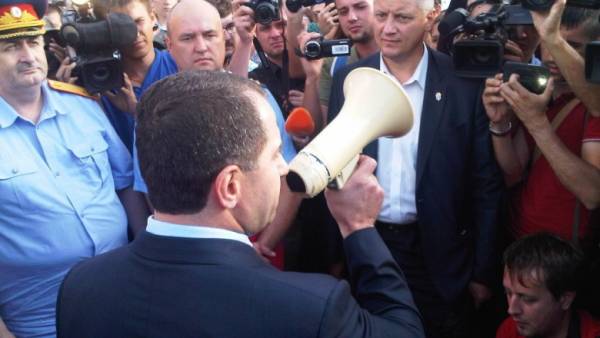 “This lab was not included in the spectrum of our work. All the bases that had stored chemical weapons, known shihans do not belong to them,” said Babich.

“In the Saratov region was the object, but not in Shikhany”, — added ex-the head of hemomicin on disarmament.

Earlier, the Times newspaper reported that the intelligence service of great Britain came to the conclusion that the paralytic agent “Novice” was produced at the military research base in the closed city of Shikhany in the Saratov region.

Meanwhile, earlier chemists Leonid rink and Vladimir Uglev, who worked in Soviet times in Shikhany, told the media that the lab was developed and investigated toxic substances of the Novice class.