A former translator Gaddafi spoke about the funding of Sarkozy campaign 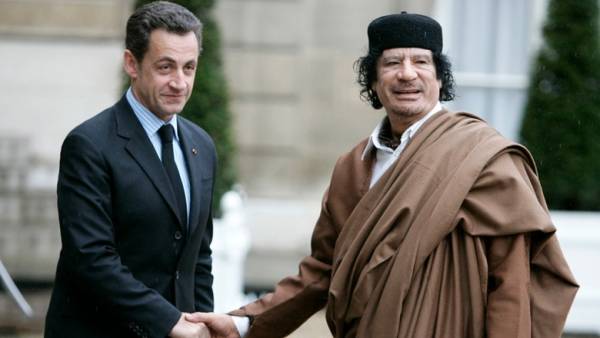 According to mo, Sarkozy said Gaddafi’s intention to run for President during his visit to Libya. A former translator also noted that the Libyan leader promised to give Sarkozy “full support and assistance”.

He stressed that the representatives of election headquarters of Sarkozy met with Libyan officials.

Mo said that during the meeting the parties executed the document, which requested the Libyan authorities to allocate 50 million euros to support the electoral campaign of Sarkozy. However, Gaddafi said the former interpreter of the Libyan leader, ordered to reduce the amount to 20 million euros.

He also said that Gaddafi was repeatedly acknowledged during a television interview fact support the election campaign of former President of France.

“Gaddafi spoke about this to me personally. He once said to me: “I have donated 20 million euros,” added mo.

Earlier twentieth of March the former President of France and former head of the party “the Republicans” were detained in the suburbs of Paris in the framework of the investigation of possible financing of his presidential campaign of 2007 by the Libyan authorities. Sarkozy himself denies the charges and calls them unsubstantiated.