“The God of your cakes will not accept”: what not to do on Maundy Thursday

Thursday of Holy week all Orthodox churches remember the most important gospel event: the last supper, when Jesus Christ instituted the sacrament of communion (Eucharist, which translated from Greek means “thanksgiving”). 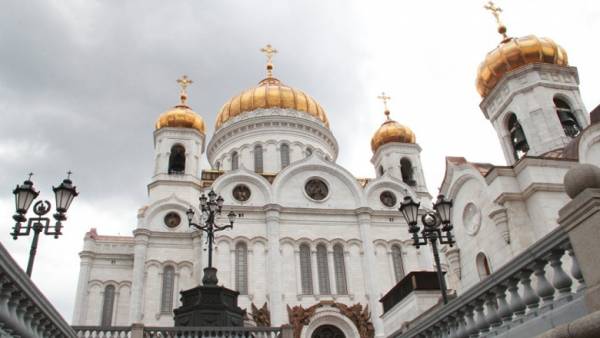 This is a key day in the Church year to which all the faithful are called in the morning to go to the temple and to “partake of the Blood and Body of Christ”, and in the evening to listen to the reading of the twelve passages of the gospel, which tells about the last hours of the earthly life of Christ. Do I need this day to paint Easter eggs, bake Easter cakes and why did the patriarchs wash the feet of ordinary priests — in the material RIA Novosti.

With the light and clean feet

The gospel of Matthew describes how during the meal Jesus took bread, and blessed it and as he broke it, gave it to his disciples saying: “Take, eat; this is My Body”. And then gave the apostles the Cup of wine and said, “Drink from it, for this is My Blood of the New Testament, which is shed for many for the remission of sins.”

It’s been more than two thousand years, but every year, not even the very people in the Church on Holy Thursday come to Church to fulfill the Covenant of Christ.

After the morning Liturgy in the Church remember another moment of the last supper before the feast Christ, becoming like a servant, washed the feet first to the Apostle Peter, and then all his other disciples. Some Protestant communities until the XX century it was believed that, not repeating His act in front of the Eucharist, the person loses salvation.

In Jerusalem in the square before the Church of the Holy Sepulchre by Patriarch Theophilos traditionally washed the feet of 12 monks. And the Patriarch of Moscow and all Russia Kirill will make this amazing rite in the Cathedral of Christ the Savior in Moscow.

The evening has remembered the events of good Friday — the most mournful day of the Church year. The churches committed service of the “twelve Gospels” — it read 12 excerpts from four new Testament texts describing the last hours of Christ’s life on earth: how he was captured, tried, beaten and crucified. Remember His last conversation with his disciples in Gethsemane, “agony in the garden” when He was asked Heavenly Father to deliver Him from “this Cup” of suffering and death at Calvary, and the entombment. All this long service, the priests and parishioners are in the Church with lit candles. Then they do not extinguish, and, according to tradition, trying to bring home and keep their fire in lamps before Easter.

In anticipation of the main

However, despite all the drama of the last days of Holy week, all evening service on Thursday indicates that the crucifixion is not the end of history, the triumph of death is not and life still wins.

“When I was 18 years old and I served in the army, Holy Thursday fell on 1 may. Central Moscow was shut for the day because of the parade and demonstrations. Continued access to the Church of the Resurrection in Uspensky Vrazhek, which I attended since childhood and where he served 15 years. And then the Lord Pitirim (Metropolitan Pitirim (Nechaev). — Approx. ed.) decided in the night to serve the Liturgy of Holy Thursday, and then, after a short break, Matins with reading of 12 Gospels”, — says the head of the Department for external Church relations of the Moscow Patriarchate, Metropolitan Hilarion (Alfeyev).

He arrived in the temple. She “was quiet and warm, and the temple filled with light, shone in the night like a fairy Palace. And what happened inside the temple, impossible to put into words: it was “heaven on earth”. It was probably the fact that experienced the envoys of Prince Vladimir in the tenth century, when he was present at the Liturgy in the Church of Hagia Sophia in Constantinople. Returning to Russia, they described the experience: “we came to the Greek earth, and brought us to a place where they serve their God, and did not know — in heaven or on earth, we can: for there is on earth such a spectacle and such a beauty, do not know as to tell about it. We know only that there God dwells with the people.”

According to the Metropolitan, to replace such experience can not be any argument about “God in the soul” and “higher mind”.