Taught in school. As educators with a criminal record get a job children

MOSCOW, 5 APR — RIA Novosti, Irina Halecky. Assault, theft, disorderly conduct — teachers with similar “knowledge” is not easy to get to school or kindergarten. 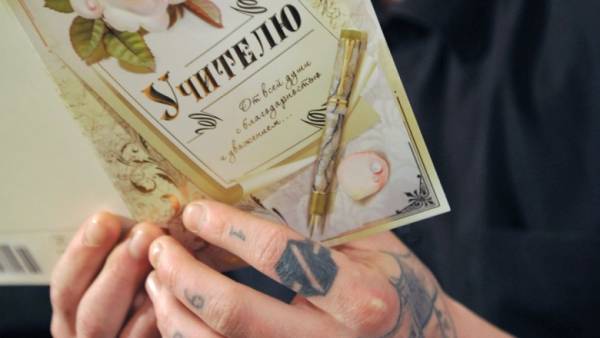 However, the heads of educational institutions often turn a blind eye to the fact spicy biography and take in staff of people with a criminal record. Thus breaking the law. As teachers and educators with criminal records allowed to take the children, understood to RIA Novosti.

Yesterday in jail, today in the garden

At the end of March in Ekaterinburg have passed extensive background checks preschools. The occasion was the constant complaints of teachers who abuse children. So, in a kindergarten № 473 the teacher actually organized a “concentration camp”: she beat the kids and trained them like dogs, accustomed to the commands. The incident became interested in law enforcement.

As a result of only one inspection prosecutors filed 17 lawsuits. It turned out that in the eight establishments employing teachers with criminal records. In particular, the nurse in kindergarten No. 544 was convicted for forgery, and in the kindergarten № 555 the employee worked, twice have been in prison — for assault and embezzlement. After checking he was immediately fired.

The management of such institutions, in turn, only makes a helpless gesture. Deputy on educational work of a kindergarten № 555 in conversation with the correspondent of RIA Novosti said that she did not know anything about the man who could work with two previous convictions. On the question of how it is arranged, the interviewee found it difficult to answer, asking “call tomorrow”.

The time of repentance

In 2010 on a wave of resonant criminal cases of pedophilia in educational institutions, the legislature amended the Labor code (LC): to everyone whose biography is “criminal experience”, in fact, forbidden to approach the children.

However, with the pedophiles for large-scale “cleansing” were teachers with a criminal record, for example, for harassment, disorderly conduct and other minor offenses.

Work have lost not only sentenced to real terms of imprisonment, but probation, as well as teachers whose cases were dismissed at the stage of preliminary investigation on “non-rehabilitating grounds”.

Laid-off employees in response to the Prosecutor’s office inundated with letters, and courts — collective claims with requests to restore their rights, with complaints of “egalitarianism”. One thing — a repeat offender, imprisoned for a gang rape, and the other honorable teachers who stumbled in his youth, but long since corrected, argued with teachers.

In 2013 the constitutional court found the ban too hard and made some distinctions: unreasonably dismissed teachers with a criminal record for crimes of small and average weight. In addition, the judges decided that it is necessary to consider the Statute of limitations for crimes, but also to pay attention to the personal qualities and merits of teachers.

Two years later, the government approved the order of access to the work of teachers, which in the individual case of a conviction under article moderate. They can work, if the test is on the Commission on Affairs of minors and protection of their rights (KDN). Due to the amendments in the legislation appeared the ability to understand each specific situation.