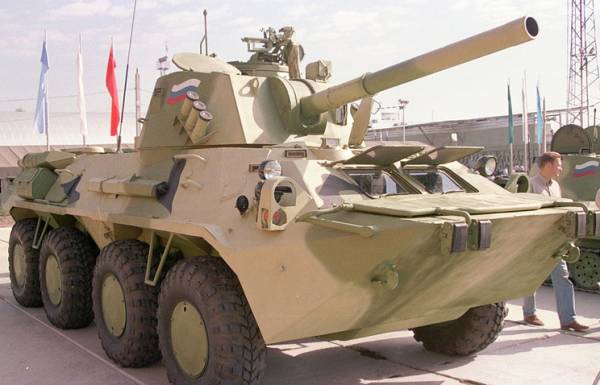 MOSCOW, April 6. /TASS/. Self-propelled artillery “Nona-SVK” will take part in a military parade in Novosibirsk in commemoration of the 73rd anniversary of Victory in the great Patriotic war. On Friday reported the press service of the Central military district (CVO).

“For the first time may 9 at the main square of Novosibirsk will be self-propelled artillery 2С23 “Nona-SVK”. Drivers installations received additional training, which was tested and improved their professional skills,” – said the press service.