The UK’s permanent representative to the UN Karen pierce has compared Russia with Professor Moriarty from the stories about the detective Sherlock Holmes. So pierce responded to the request of Russia to allow its experts to investigate the poisoning of a former GRU officer Sergei Skripal and his daughter Julia, reports The Washington Post. 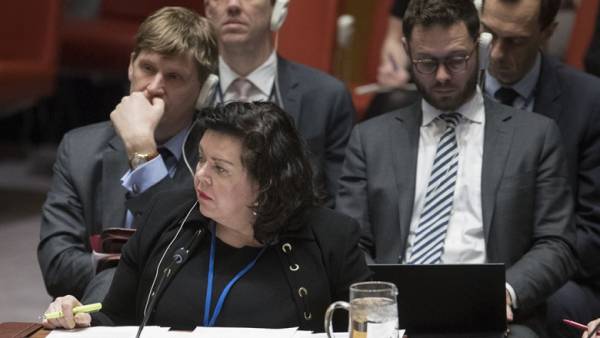 “Yesterday at the meeting of the Executive Council of the Organization for the prohibition of chemical weapons (OPCW) failed attempt of Russia to include Russian experts in the investigation of the OPCW. To allow Russian scientists to the investigation when they are the most likely perpetrators of the crime in Salisbury — it’s as if Scotland Yard invited Professor Moriarty,” said pierce.

Earlier, the Ambassador of Russia to UK Alexander Yakovenko said that Moscow recognizes the results of the investigation of the OPCW, but to the case should be allowed experts not only from NATO countries, but also from Russia and other countries of the world.

On 3 April it was reported that the chemical laboratory Porton Down in the UK failed to prove that used to Skipala gas poisoning of a family “Rookie” is of Russian origin.

Yulia and Sergei Skripal was found unconscious on March 4 in the Park in Salisbury. UK accused of attacking Russia. Moscow denies all the accusations and calls to wait for the results of the investigation under the auspices of the OPCW.