70% of teachers are faced with bullying and violence by students. 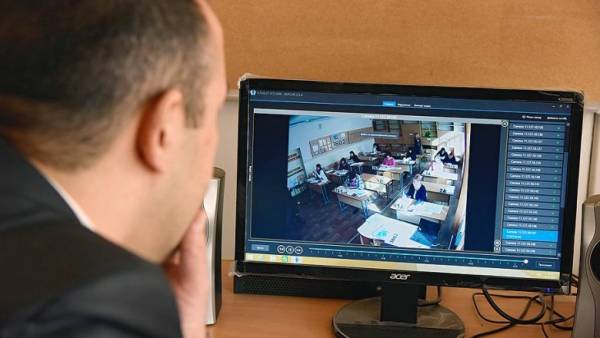 In Russian schools, cases of violence and aggression affects not only teenagers but also teachers: bullying and violence were subjected to 70% of teachers, said experts at the conference “Violence in the educational environment”, organized with the participation of the Ministry of education.

The Department has acknowledged the problem and said that trying to “reboot” educational space, and with aggression in the schools to cope with changes in the training of teachers in universities.

The growth in the number of conflicts in the educational environment is confirmed by the data of two studies presented at the conference.

61% of Russian students say that peers periodically call them derogatory names, from international comparative studies of education quality grazhdanovedenie ICCS-2016, which is attended by eighth graders from 25 countries.

About the participants said the chief editor of the foreign “Teachers ‘ newspaper” Peter Polozhevets. 21% of students say that classmates regularly threaten them with physical violence, especially beatings. According to a study, put into practice approximately every second such a threat: 9% of students stated that they had experienced physical violence from other students.

stuck in the net. Teenagers go on the offense, what’s social media?

“In this study was analyzed not only how children perceive the physical and verbal violence, but the opinion of teachers on this issue”, — added Mr. Polozhevets. Only 3% of teachers reported that students had informed them of the aggressive behavior from other students, which was not aimed at them. Aggression towards themselves students complain even fewer of them have mentioned only 1% of teachers.

Own data on the level of aggression in educational institutions was presented by the staff of the national research UNIVERSITY “Higher school of Economics”. The study also confirms the increase in the number of cases of violence. However, unlike the previous study, the authors indicate that victims of bullying (psychological and physical aggression) on the part of adolescents often act as teachers themselves. In an online survey project laboratory for education and youth journalism HSE participated 2,8 thousand teachers from 75 regions of the Russian Federation. 70% of respondents said that they had experienced different forms of bullying. According to 50% of the teachers, the aggressive attitude of adolescents is associated with a desire to increase your credibility in the eyes of their classmates. “50% faced bullying two or three times, and 6% of teachers are subjected to harassment on the part of the students regularly”, — said the head of the laboratory, NRU HSE Alexander Milkus.

The authors note that the financial situation of teachers due to the frequency of aggression on the part of his disciples: the teachers of severe hardship are subjected to bullying twice as often.

“We try to make the problem open to discussion, and to restart all educational space”, — said the Deputy Director of the Department of state policy in the sphere of protection of children’s rights Ministry of education and science Larisa Falkowski. She recalled the incident at school No. 5 in Ulan-Ude, which occurred on January 19, when the student attacked the students and teachers. Injured seven people, including the attacker that caused his injury and jumped out of the window before the arrest.

the cat helps the boy to cope with school bullying

According to Larisa Falkowski, the teenager carried out the attack because of the bad ratings on the Russian language: “It is not supported by the family — the stepfather said it was a problem child with whom he needs to understand himself. So he figured I could.” “The issues of psychological support of teachers directly connected with the return in the training of future teachers of courses associated with teaching child psychology, issues psychology of development and conflict competence”, — said Mrs. Falkowski. She noted that to solve problems of aggression in schools the Ministry of education, in particular, discuss the possibility of amending the Federal state educational standards for the training of teachers.